On August 24, the Onam festival fervor was set in at the campus. The décor, pookkalam (flower rangoli), fun activities such as Uriyadi (pot breaking), vadamvali (tug-of-war), Oonjaalaattom (swing) and Sundhariku Pottuthodal (affixing bindis by a blindfolded player on the drawing of lady’s face) were added to the festive mood of Onam at IIIT Bangalore.

In Uriyadi, a player tries to catch a swinging earthen pot. Two people who hold long ropes tied to the pot control the movements of the pot swinging it towards and away from the player. When the player finally succeeds in catching the pot, he breaks open the bottom. Vadamvali was played with great enthusiasm by the students, staff, and housekeeping employees of IIITB. Oonjaalaattom was thoroughly enjoyed by all the women folks.

Shinkari Melam was a big hit at the event where chenda, a musical instrument, was played by a group of nine people. All the students danced to the beats of Shinkari melam. 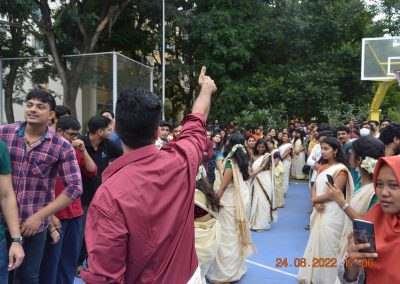 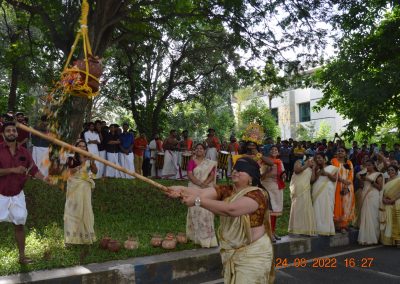 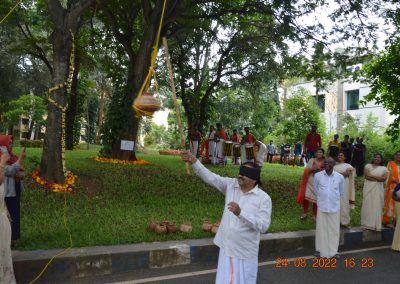 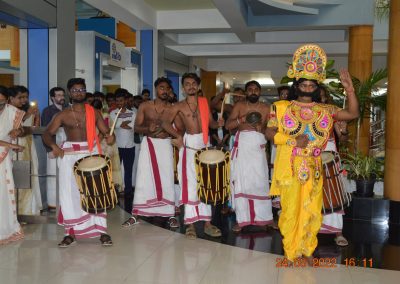 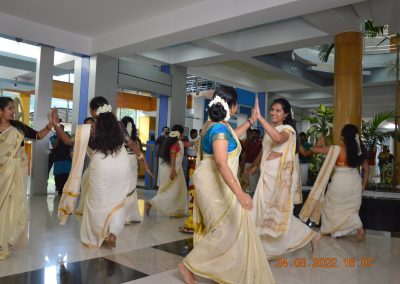 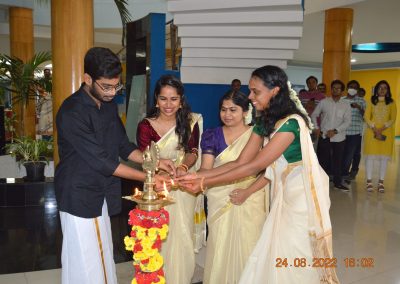 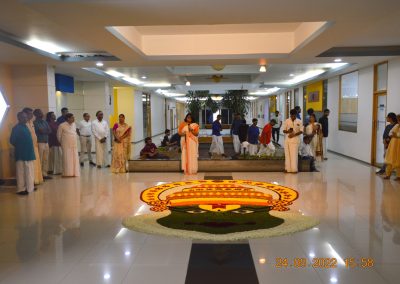 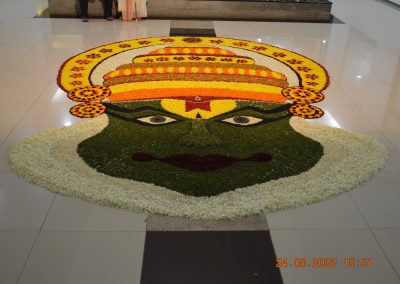