Hackathon completions allow participants to increase thier technical abilities in a creative manner and self-expression by using the most innovative and modern technological solutions. When an idea or a problem occurs, experts, professionals, and specialists with technical backgrounds collaborate to develop a unique strategy or a solution. Recently, we had two teams from 2018 and 2019 iMTech batches win Smart India Hackathon 2022. Each team won on different problem statements.

The problem statement given by Madhya Pradesh involved performing Automatic Number Plate Recognition using general surveillance cameras stationed at a height of 3-4 meters. The team Sahasraaksha (Sanskrit for Thousand Eyes) consisted of students interested in deep learning, computer vision, development and most importantly problem solving. The team members are Sriram, Vikram, Nachiappan, Parithi, Arpitha and Prasannna. Some of them had already participated in SIH 2020 and also in other hackathons before. “We solved the problem statement by using state-of-the-art Deep Learning methods. We received positive feedback on showing our highly performing model which has already been implemented in our institute. Among the initial 70+ teams which had applied, we were chosen as the top 5 for the finals which were graced virtually by the presence of our honourable Prime Minister. We subsequently ended up winning as the sole winner for this problem statement and hope our solution would help in contributing to a safer and more secure India. The problem statements were announced during March of this year, and we formed the team and chose ‘Automatic number plate recognition with general surveillance camera as the problem statement to work on,” says Sriram G.

Participating in a hackathon has its own set of challenges, sharing the hackathon experience, Sriram says, “In an AI/ML/DL problem there may or may not be data given by the judges. And sometimes the data given by them may not be very good to operate on. So, during the preparation, good data from a reliable source has to obtained to showcase the performance during the demo. The presentation has to be dynamic, it is not possible to prepare a speech and just say it out. The best idea is to create user stories and explain the features as part of the story. Also we need to answer the questions posed by the judges after careful consideration.”

The most important takeaway from this would their invaluable experience of facing real customers/users. As developers who are at the threshold of entering industry in a few months, empathizing with customers/users is very important and will make coding fun!! 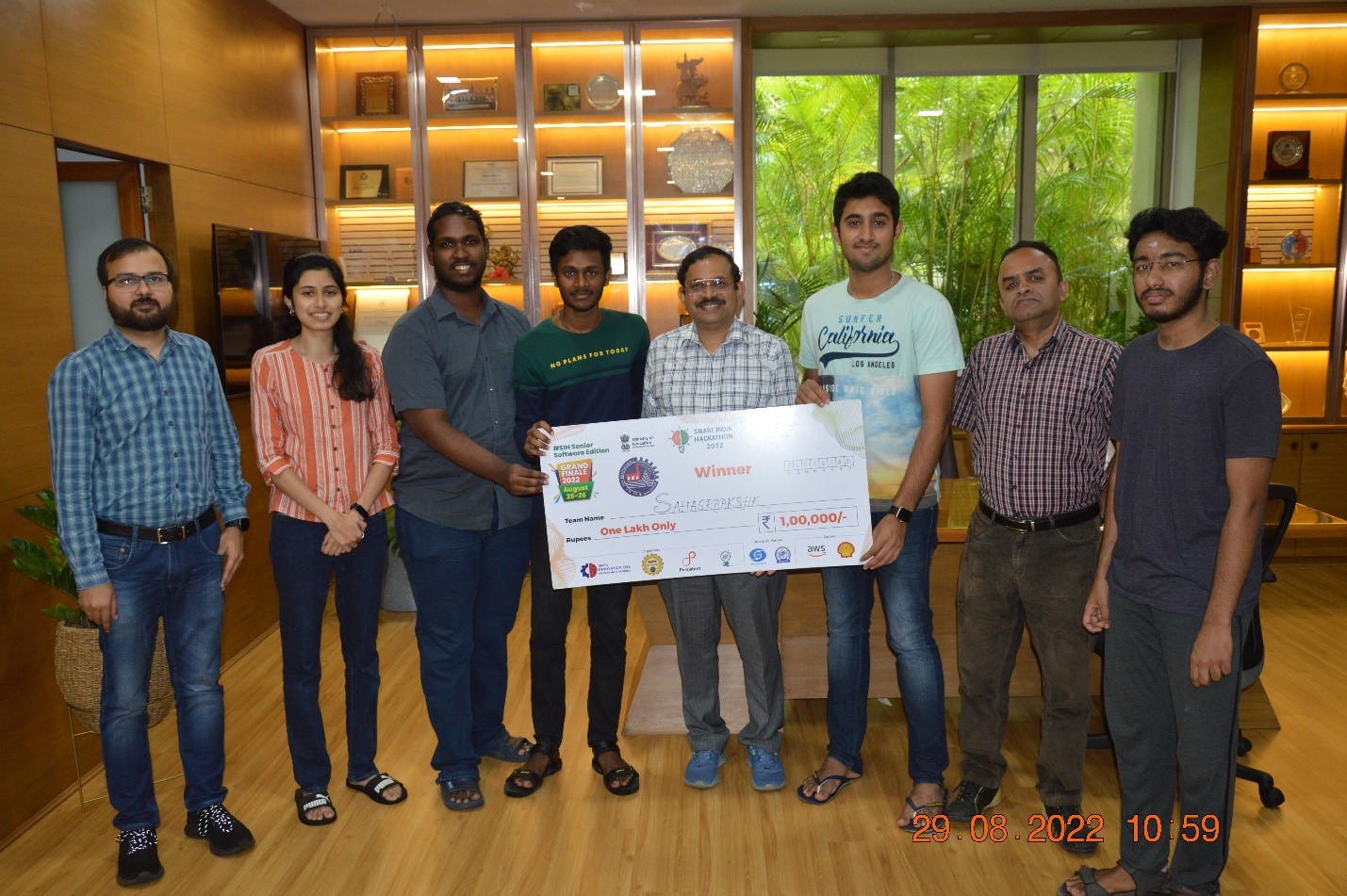