IIIT Bangalore successfully organized the campaign of “Har Ghar Tiranga” initiated by our Honorable Prime Minister Shri Narendra Modi to celebrate the “Azadi Ka Amrit Mahotsav” and commemorate 75 years of India’s independence. Like every year, IIITB celebrated Independence Day with sheer joy and enthusiasm to pay homage to the glorious history of its people, culture and achievements.

This Mahotsav was dedicated to the people of India who have not only been instrumental in bringing India thus far in its evolutionary journey but also hold within them the power and potential to enable Prime Minister Narendra Modi’s vision of activating India 2.0, fueled by the spirit of “Aatmanirbhar Bharat”.

On the glorious day of 15th August 2022, IIIT-B took a road less travelled by setting an example as a member of the housekeeping staff, Madhavi, and Nibin Mathew, a visually impaired alumnus of IIITB hoisted the National Flag in the campus. They were accompanied by Professor Debabrata Das, Director- IIIT Bangalore, and a student from the institute, Ms. Arpitha Malavalli.

With pure bliss and pride, this is what she had to say after hoisting the flag-

“I am grateful to be a part of this institute where we are appreciated and feel included. We have only seen special and big people hoisting the National Flag to date. It was my honor to be able to hoist it. Our respected Director and the rest of the management team have made it a memorable day for us by selecting me and I am very thankful for this utmost respect. I truly feel that the National Flag belongs to me.”

Nibin Mathew is a visually impaired alumnus of this institute who is unable to see our national flag and its color. After hoisting the flag in sheer delight and pride, he said-

“Today is the happiest day of my life and hoisting the National Flag for me means a positive affirmation of my loyalty and commitment to our nation.”

The idea behind the initiative was to invoke the feeling of patriotism in the people’s hearts and metaphorically proclaim that the Flag belongs to every citizen including the underprivileged.

“Under the aegis of the campaign Har Ghar Tiranga, we involved people from all walks of life to celebrate and commemorate the true courage and efforts of those freedom fighters who dreamt to free India. This national flag is a symbol of that dream. It is truly a sense of pride for every citizen to hoist the flag to mark the 75th year of India’s independence. This will allow the new generation to discover the many threads of our freedom struggle and work hard to take India to the next height while older generations and communities reconnect to the events that led to a free and independent India.”

The program started at 09:00 am. The Director, Prof. Debabrata Das, was the Chief Guest of the Programme. He hoisted the national flag along with Madhavi and Nibin in IIITB at 9 AM. As soon as the flag was hosted, everyone sang the national anthem.

The Director narrated our economic conditions and how India is leading toward innovation in technology, healthcare, and many sectors in his speech.

The host of the program asked the students to read the preamble of the constitution as well. After that, different types of cultural programs were presented by the students. Patriotic Songs were recited by the music club of the institute, followed by a group dance performance by the Dance Club. Arhant Arora and Chaitanya Manas from iMtech2020 also narrated a poem and also an in-depth speech on how we got freedom on behalf of the Literature and Debate Club.

The special performance for the day was the dance performance from Surabhi Orphanage Boys Shelter. Small kids of the orphanage expressed the life of soldiers so well. This was followed by a goodies distribution program to the orphanage kids by our Director, Registrar, CAO, CFO, and Dean Academics.  Afterward, the programme ended by giving a sweet distribution to all. 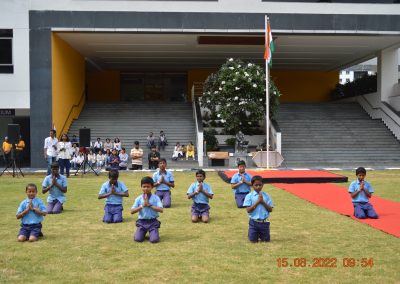 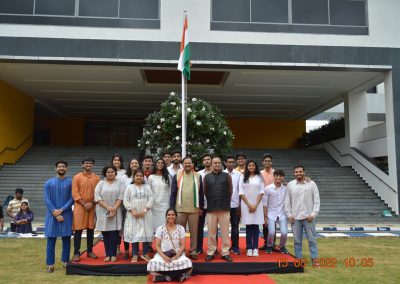 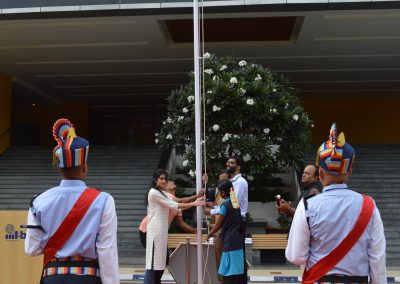 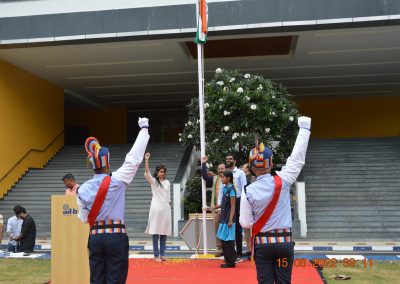 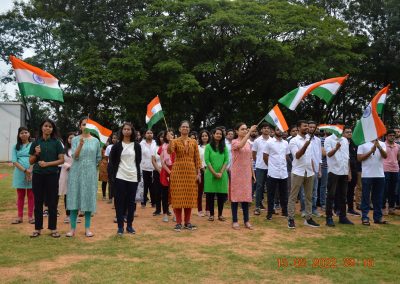 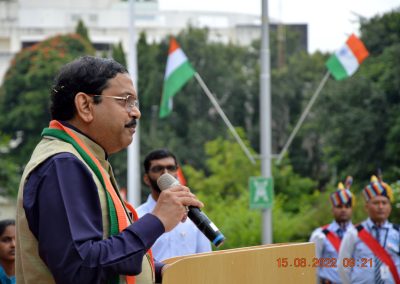 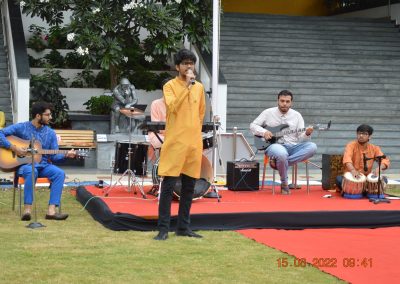