IIIT Bangalore welcomed the New year day by organizing ‘Ethnic Day’. All faculty and staff members celebrated the day and were dressed in traditional attire. Students had a gala time singing and dancing around bon fire when the new year began. 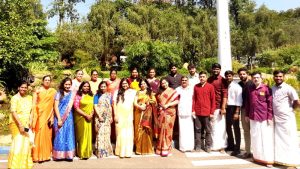 IIIT Bangalore welcomed New year day by organizing ‘Ethnic Day’. All faculty and staff members celebrated the day and were dressed in traditional attire. Students had a gala time singing and dancing around bonfire when the new year began. 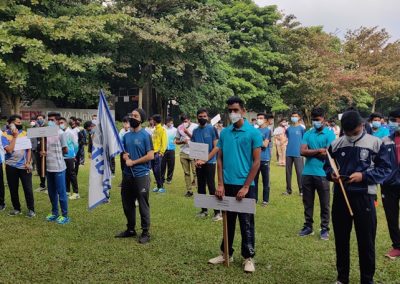 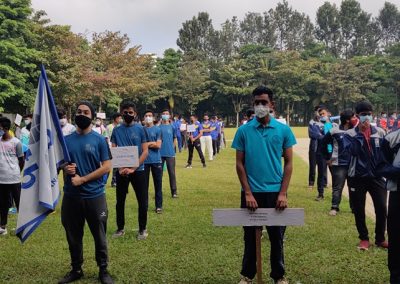 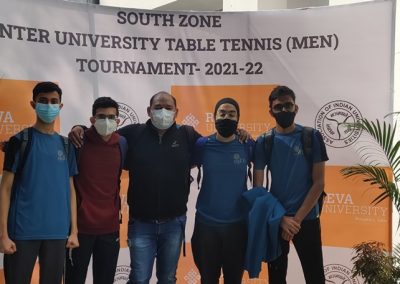 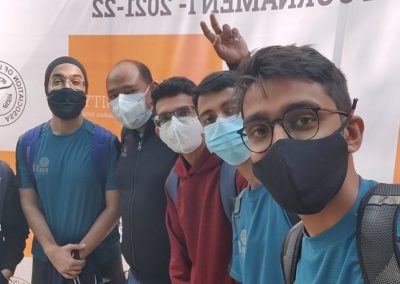 IIIT Bangalore students participated in South Zone Table Tennis (Men’s) tournament held at Reva University, Bangalore. It was the first time our team participated in this tournament. The players made it through the first two rounds but lost in the third round. However, the spirit of the players was appreciated by everyone in the campus. Dr. Neha Arora, Sports Officer, was the team manager for the tournament. The team consisted of:

The first session which was held offline on December 10 introduced the students to ‘Kotlin’ programme, hosted by Monjoy Choudhury (IMT2020502). The second session, a virtual hands-on tutorial by Ms. Sweta Kumari (Alumna of IIIT Bangalore), was held on December 31, 2021. A virtual hackathon was held during January 5-8, 2022.

It was focused on ideas for building a project with time constraints, and was conducted by Vijay Jaishankar (IMT2019525). In addition, this hackathon was also focused on building an app using the Kotlin framework. The hackathon winners were:

Branding Committee of IIIT Bangalore organized a meme competition named, Memathon-a Meme Battle from January 10-17. In this competition, 23 students participated and created funny memes. First prize was won by Thakur Devendrasingh Premsingh (MT2021146), second prize was won by Sagar Shahu Shirke (MT2021112) and third prize was bagged by Chakradar Reddy (IMT2018018). All the winners were awarded with custom-designed merchandise of our college. 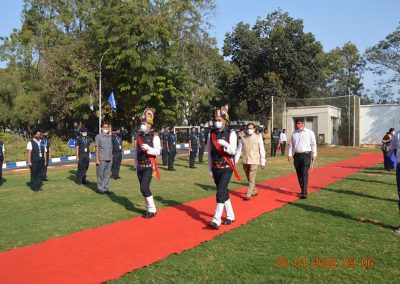 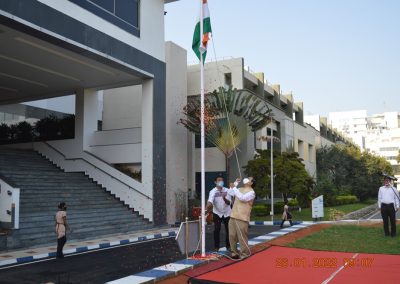 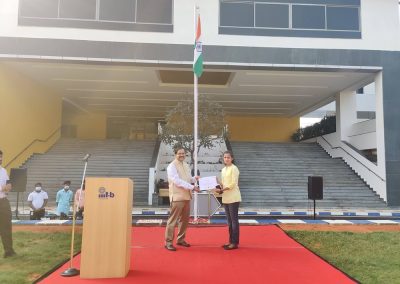 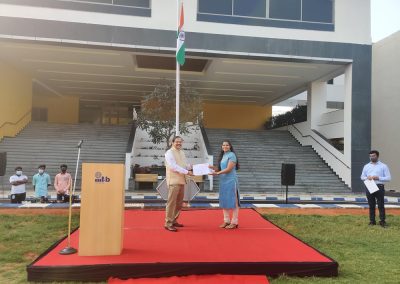 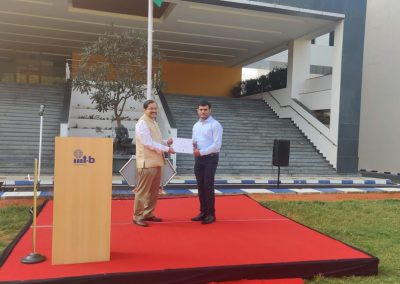 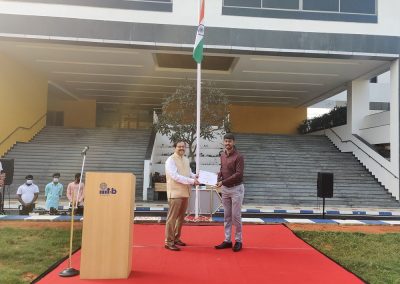 IIIT Bangalore celebrated the 73rd Republic Day with patriotic fervor. Amidst the presence of students, faculty, staff and housekeeping members, the Indian flag was unfurled by our Director, Prof. Debabrata Das. In his speech, Prof. Das conveyed the importance of the Constitution emphasizing on Sovereign, Socialist, Secular, Democratic and Republic aspects. He quoted freedom fighter, Subhas Chandra Bose for his role in India’s Independence movement. The event was hosted by Harsh Shah (IMT2020006) and Divyanshi Rajput (IMT2019029).

Some of the student clubs held programmes as part of the Republic celebrations. There was a melodious patriotic group performance by Ketaki Tamhanakar (IMT2021017), Neha Tamhanakar (IMT2021025) and Tanmay Joshi (IMT2018527) from Music Club. Pakh Guha (DT2021014) from Literature Club narrated a short story which she had penned down to express her respect for the Indian Flag and the Indian Army. Mohar Kundu (DT2021011) and Siva Jagadeesh (IMT2019055 expressed their thoughts on Republic Day on behalf of Student Community.