DIITA workshops are known for engaging communities and stakeholders on topics surrounding Dignity, Inclusion, Identity, Trust and Agency (DIITA). The Indian version of DIITA (InDIITA) was hosted at IIIT Bangalore spread over two days, 13th-14th July. It was the third year that InDIITA workshop was held at the campus. It was co-organised by the IEEE Standards Association and IIITB as an “Open Space workshop” i.e. a workshop that had no pre-decided schedule but where participants could propose topics and lead sessions to learn from each other.

Towards InDIITA’s participatory and outcome-oriented format, a wide range of sessions were offered, all by participants on various emerging technologies, standards and policies. The sessions were on biometric systems and data protection regulation in different domains such as agriculture, identity systems in governance and platform work. The sessions also focused on their social consequences for privacy, fairness, transparency and inclusion. Prof. Janaki Srinivasan, Associate Professor, IIIT Bangalore, said, “As participants with different areas of expertise engaged in conversations and in presenting their own work and concerns, everybody learned from the thought-provoking discussions that resulted.”

IIIT Bangalore’s students Mrinal from iMTech and Aila Dutt from MSc Digital Society who participated in the conference and led their own sessions said the workshop was very helpful. Mrinal shared that “InDIITA gave a great experience and helped her to think from different perspectives. While Aila highlighted that the sessions led her to ask questions that she “hadn’t been asking so far, such as, Are we forcing ourselves to use tech in systems that don’t really need it? What is the impact of such interventions?”. She also expressed her appreciation for the workshop’s ‘signup and speak’ format which provided participants the confidence to present their work without fear and in an environment of sharing instead of ‘presenting’.

“We look forward to continuing this association with IEEE and also to organising other such events that draw participation from diverse stakeholders and help us view the world of technology development and use from different perspectives,” added Prof. Janaki. 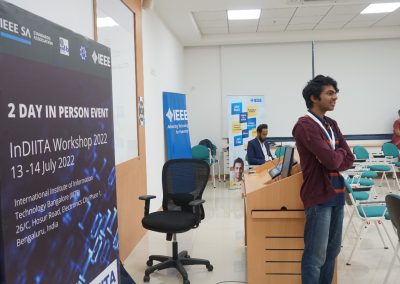 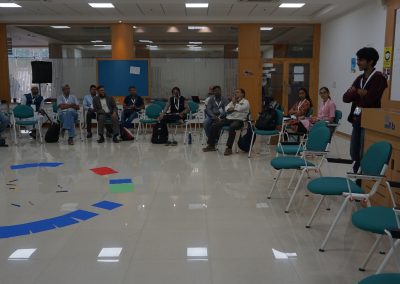