Creativity is inseparable from whatever he takes up. Prof. Sujit Chakrabarti, who is a teacher, programmer, and researcher in Computer Science and engineering at IIITB brings on the remarkable role of being a cartoonist too! In a tete-a-tete conversation with Naviiina, he says his creativity is the crux of all the tasks he dons. It is very interesting to know his journey from being a teacher to a cartoonist. Let’s hear him out. 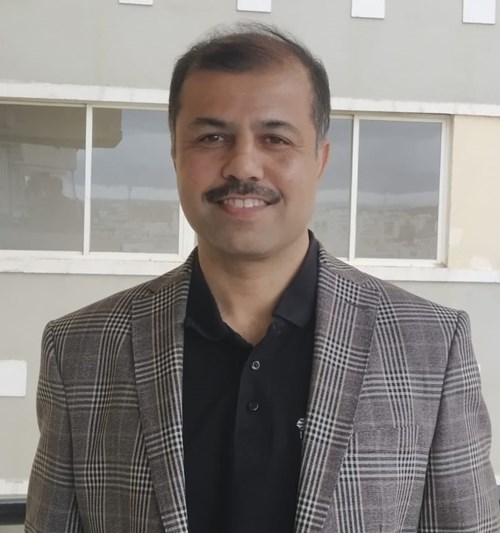 “I knew all along the way that I wanted to be in the teaching profession. My industry experience prior to teaching gave me an edge to obtain practical insight. I learned a lot in my areas of interest- design & implementation of programming languages, formal verification, and software testing.” Ever since he joined IIITB in 2013, he has taught over 10 distinct courses. Currently he teaches software design practices, programming languages, compilers, program analysis and software engineering.

It is perceived that the more a professor is active in research, the more he/she is competent. Seconding that, Prof. Sujit, adds, “The reason behind this is that research is all about new ideas and being in the forefront of knowledge. Teaching is handing down the existing knowledge. However, I believe that good teaching is as hard as good research. I joined academics to teach and research. Eventually, I want my research to evolve out of my teaching.”

He never stayed away from making a difference in society and he dabbled with assistive technology. A braille book reader was developed out of this project and this braille reader automatically converts text to Braille on a refreshable Braille display that uses soft-edged pins. It has been specifically created to make reading content available to individuals with blindness at par with their sighted peers. Prof. Sujit led this project and as a result a company was spun off called Vembi Technologies.

Several thousands of books can be stored in this product. Imagine those many books in Braille text, it can be very voluminous. Even though similar products are offered out in the market, cost INR 50000 to 1 lac which makes it unaffordable to low-income visually impaired readers. Prof. Sujit and his team simplified the product that requires low hardware that requires less power and thus shrinking the form factor of the device. The price of the finished product became INR 12000-14000 by lowering the technical complexity.

Like the way teaching evolved from everything he carried out along the way, becoming a cartoonist evolved from his interest to draw ever since he was a child. “Drawing a sketch from copying is just a skill but drawing from your imagination is an art. My evolution in this journey was shaped by my father’s timely inputs,” agrees Prof. Sujit.  Adding further, “Like any other kid, my interest was to draw paintings. In my schooling days I realized that watercolour was hard to get right. One day my father said that instead of thinking in colours think in sketches which I was very good at.” He got introduced to ‘Common Man’, a well-known cartoon character by Cartoonist, RK Laxman. As a high school boy he was fascinated by Tintin comic series, all Disney characters drew his attention too.

All these aspects are never different for me; rather they run into each other. If it is about an algorithm, I use the language of mathematics and programming to express. Similarly, whenever any humorous, beautiful and thought provoking thoughts pass by I like to express them through cartoons. Whether I am writing a code, a research paper, teaching or drawing cartoon, I am using different languages in different contexts to express my thoughts.

Elucidating on being a cartoonist, Prof. Sujit, says, “Cartooning allows me to express thoughts about serious matters (which I seem to have a lot of) in a funny way. It can be drawn with a few strokes or as meticulously as a painting. So, there’s no limitation from aesthetic perspective. It’s a powerful and beautiful form of art. I consider myself lucky to be able to draw cartoons.”

Prof. Sujit is a self-taught artist, which means that he learned by observing and admiring great artists: Laxman, Ajit Ninan, Herge, Uderzo, and Mario Miranda. “Eventually, which style I end drawing in depends on so many things: my own proficiency limits, available time, and tools etc.,” he adds.

Being creative is a sign of intelligence and all creative arts have two aspects to them: the inspiration and the method.  For a cartoonist, inspiration comes from observations made in daily life. I am a keen observer of contradictions, hypocrisies, tragedies, and general absurdities that abound around us.  Translation of that into an idea happens through the mysterious process of creativity which I don’t understand fully myself. The process to bring that idea into a tangible form is what I would refer to as the method. Basically, it’s a lot of planning, practice, and a bunch of clever techniques complemented with a lot of blood and sweat. 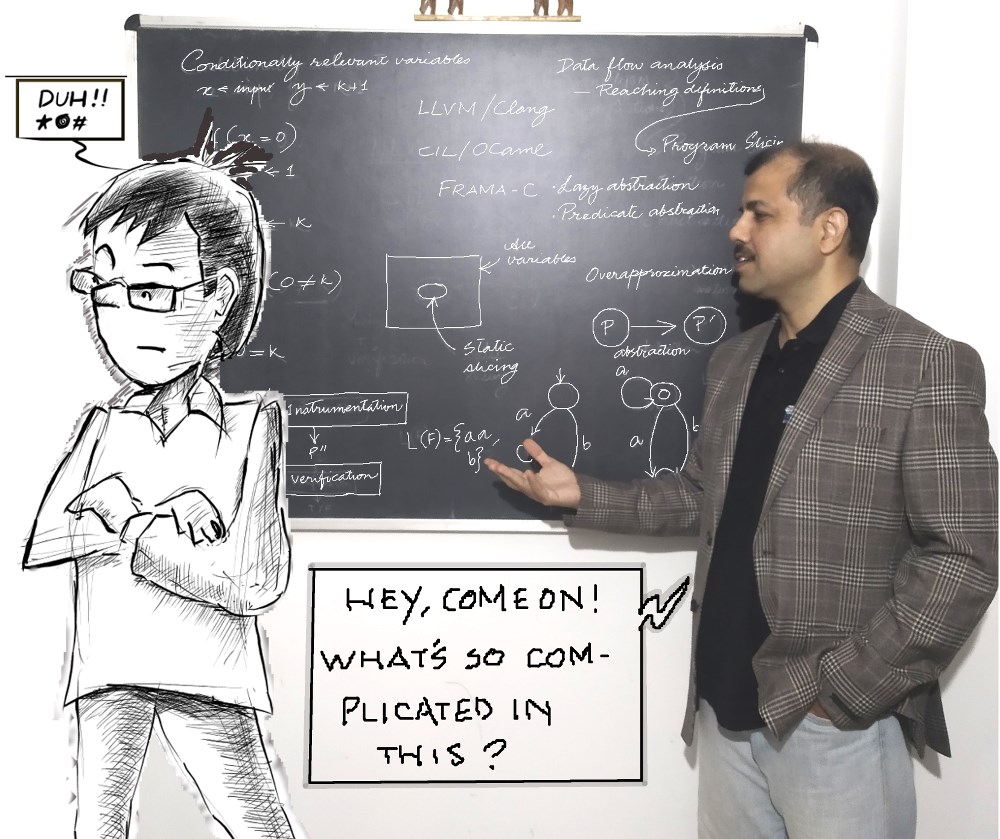 Naturally, everyone feels fortunate to be around someone as talented as Prof. Sujit. Naviiina feels it’s the right time to bring about his artistic expressions through cartoons. From this edition onwards, watch this dedicated space for his work— ‘Trendy Spoofs’. Mr. Laapataa, the name of the cartoon character is all set to entertain us every month. Prof. Sujit introduces the character, “I have been drawing Mr. Laapataa comics for nearly 2 decades. Laapataa has a non-trivial online following, but not enough to get the concept its due recognition. I can think of several reasons for that. My inability to churn out cartoons at a high frequency could be one. While the academic community in India must be one of largest in the world, it still is probably a minuscule portion of the total population. So, in that sense, Mr. Laapataa is a common man but for a small section of society. But the biggest reason of the slow growth in my opinion is a certain degree of apathy among Indian academics about Indian intellectual produce. A similar idea emerging from one of the Western countries would have had a much stronger chance of meeting widespread popularity (e.g. phdcomics.com), even in India. So, like all things academic in India, academic humour happens to be uphill, and often thankless, job.”