We come across many stories of ordinary people who have achieved great heights, despite their humble background and limited resources and opportunities. Here is one such example, Mr. Vasanth Murthy, the housekeeping staff at IIIT Bangalore. He breaks the myth that people do well in life only if they are from a privileged background in terms of wealth, influence or both. He was only 22 when his father committed suicide. Even though the bereavement of his father was haunting, he realized his responsibilities immediately and discontinued his Industrial Training Institute (ITI) studies in the mechanical discipline. He shouldered the responsibility of taking care of his family including his mother, twin brother, sister, aunt, and grandmother. His first tryst with the job was as a room boy in a college. He has been working at IIIT Bangalore for over a year now and what interests Mr. Vasanth the most to work in the campus is the goodwill of IIITB community. “It is a very friendly atmosphere. Everyone is respectful to us including students, professors and admin staff,” he adds.

He believes that education is a must for everyone as it gives a good future and hence he ensures both his siblings complete their education. He has a strong interest and passion to complete his half-left ITI training. One would be surprised to know that he has cleared half of the loan his late father borrowed and also started building a house on a plot bought by his father. To meet all his familial needs and goals, Mr. Vasanth never shies away from working hard. He has taken up a Tele caller job to work in the evenings, once he finishes his work day at IIITB.

His younger sister, Kavya is studying in 9th grade in a government school in Bangalore and aspires to become a police constable. “I have looked after her right from she was a toddler. It is my responsibility to support her dream being fulfilled. I love to play the role of father to my sister,” he says. He has and unstinted focus to achieve his goals; completing the building of house and taking good care of his family.

“I have been through a rough patch of life but nothing can avert me to achieve my goals. My innate qualities of cheerful personality, willingness to work hard and being simple, may take me to where I want to be,” sums up, Mr. Vasanth. 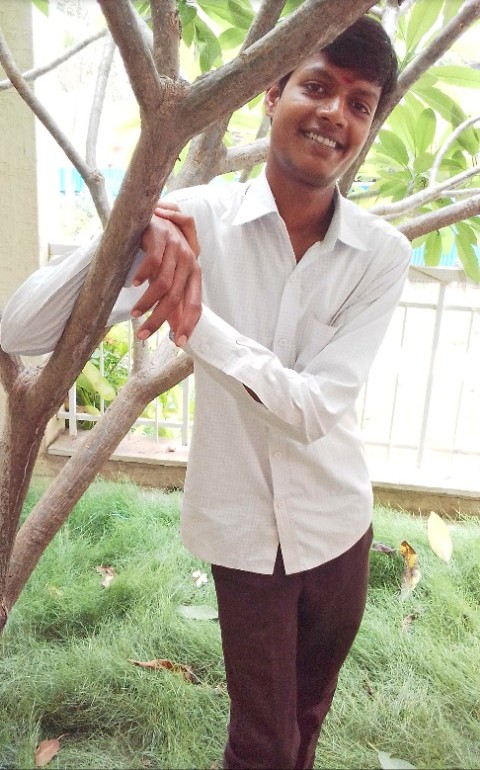 Over 4000 Learners graduate from CPE at IIIT Bangalore

Five Qualities of a Student As Described In Our Shashtraas